HomeNoticiasExtended Producer Responsibility (EPR) for used packaging: How might it affect companies in 2022?
25/05/2022 Actualité, Sustainability

Extended Producer Responsibility (EPR) for used packaging: How might it affect companies in 2022?

The extended producer responsibility included in the EU Directive on Packaging and Packaging Waste (PPWD) establishes common rules and requires the Member States to implement the selective collection of waste in the plastic industry, imposing as well substantial changes in this activity.

We invite you to know its impact on the sector.

What is Extended Producer Responsibility?

Extended Producer Responsibility is part of the EU packaging legislation that questions the way in which products and their packaging, are manufactured, the management of the waste they generate, and the environmental pollution they produce.

The EPR, which is mandatory for all packaging flows, ensures that packaging waste is collected, sorted, and recycled according to legal targets and it extends the producer’s responsibility for a product to the post-consumer state.

Although, at the beginning of its conception, it focused on domestic waste, the impact is finally spread to other packaging waste streams. Industrial and commercial, and, of course, domestic, which involve sectors such as textiles, electronics, food …, are also strongly affecting the plastic industry in general.

Although it can generate new challenges in the plastic transformers sector, in APS we see it from the positive side, and turn it into a great opportunity to improve the processes of our business in general, based on the circular economy and the reuse of packaging and materials.

To promote this regulation, companies must create a Collective System of Extended Producer Responsibility as a model to manage compliance with the obligations that are specifically embodied in Directive 2019/904.

By setting more demanding objectives for plastics converters, the entire value chain linked to waste management is affected: manufacturers as those agents that participate directly or indirectly in the first marketing as in the case of distributors, importers, among other figures.

You may be interested in: Discover the impact of the new Waste Law and Plastic Taxes

How will EPR affect in some European countries?

The principle of extended producer responsibility appears in Article L. 541-10 of the French Environmental Code which sought to regulate the materials of products manufactured in order to eliminate waste.

The decree developed in 1992 linked to domestic packaging was extended to other areas such as paper, electronic materials, etc. The French Anti Waste Law (AGEC), enacted in 2020, accelerated the production and consumption model with the aim of limiting waste and taking care of natural resources.

With the EPR regulation, not only will the waste generated be treated, but it will also try to prevent it by forcing the sectors related to production to intervene in the entire life cycle of the goods, promoting eco-design and internal policies that promote environmental respect.

Although the United Kingdom is already outside the EU, its legislation on extended producer responsibility is in the phase of consultation again, as it has also assumed to continue with the commitment to protect the environment and deal with the waste produced by companies.

These commitments have not been born with the new legislation but have been promoted for several years through laws and regulations such as the 2018 Resources and Waste Strategy for England; the Conservative Manifesto of 2019, Making Things Last of the Scottish Government, the 2019 Waste Management Plan of Ireland, among others.

Like any system that is more than 20 years old, it needs a reform. In 2019, the Governance made the case for significant reforms to the current system in the UK Packaging Producer Responsibility System Reform consultation paper.  Today, the goals are more ambitious: to hold producers accountable for the total net cost of managing packaging once it becomes waste, introducing clear and consistent labelling for recyclability.

Packaging recycling in the Uk Kingdom by 2030 is expected to reach 78%. Estimated recycling rates for the plastics industry are 62%. Thus, there are expected benefits as in the case of commercialized and non-commercialized carbon.

An evaluation period (2023-2032) will be carried out that, according to the estimates and planning of the scope of the objectives of this new regulation, the United Kingdom believes that the scope will represent 412 million pounds of benefit for society.

Under the slogan, “polluter must pay”, the new regulation of extended producer responsibility is included in the New Waste Law, recently approved.

The country has long sought to achieve the “Circular Spain 2030”, an initiative that lays the foundations to achieve a productive and consumption model where materials, resources and products persistan in the economy as long as possible so that waste in the country might be substantially reduced.

This means that decisions are focused on measures that allow companies to achieve efficiency and not persist on just modification of current polluting production systems.

Discover: Know the keys and advances of sustainable plastic packaging

The extended responsibility of the Spanish producer is included in the fourth title of  Law 22/2011, of July 28, on Waste and contaminated soils, which highlights the limits of said responsibility, establishing obligations for producers, who must contemplate altogether designs, production process and the management of waste from their products,  individually or through collective systems (SCRAP = Collective System of Aggregated Producer Responsibility).

Although Law 10/1998 and the derived regulations already promoted certain initiatives of a ERP system, the new regulations promote, for the first time, a coherent and systematized legal framework, through which producers are involved in the prevention and organization of waste management.

According to this Law, producers are those who physically or legally manufacture and sell products in a professional manner. These have responsibilities to fulfill, let’s say, improving reuse, recycling, managing the organization of the waste they produce and preventing it. 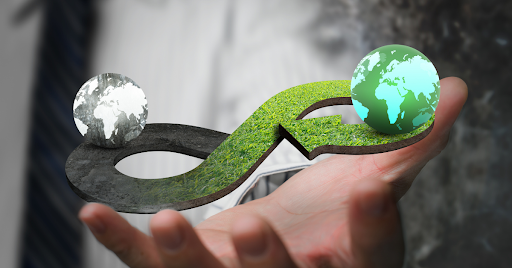 To comply with the obligations of the new extended producer responsibility regulations, organizations or individuals that manufacture, or market goods can generate collective systems (SCRAP= Sistemas Colectivos de Responsabilidad ampliada del productor) or establish their own individual system.

The SCRAPs have, among their  targets, to finance an adequate management of waste, assisting producers in the reduction and prevention of the same so that the recycling objectives and the different phases of production and sale are met, such as the guarantee of having containers for waste.

In addition, they finance actions linked to the correct communication and dissemination of the necessary measures for the care of the planet.

APS  is fully aware of the need to promote the figure of extended producer responsibility to be sure that the entire production chain and the arrival of products at the end user is respectful with the environment.

Although it is  seen a complex challenge to overcome, companies that focus changes related to sustainability and the circular economy, obtain great benefits in terms of recognition by society.

In APS  we have joined both the demands of society and countries to produce our packaging safely and sustainably through respectful processes, reducing waste and progressively eliminating those materials with less recyclability capacity.

Join our commitment to the protection of the environment!

You can find out more about which cookies we are using or switch them off in settings.

This website uses cookies so that we can provide you with the best user experience possible. Cookie information is stored in your browser and performs functions such as recognising you when you return to our website and helping our team to understand which sections of the website you find most interesting and useful.

Strictly Necessary Cookie should be enabled at all times so that we can save your preferences for cookie settings.

If you disable this cookie, we will not be able to save your preferences. This means that every time you visit this website you will need to enable or disable cookies again.

This website uses Google Analytics to collect anonymous information such as the number of visitors to the site, and the most popular pages.

Please enable Strictly Necessary Cookies first so that we can save your preferences!

Please enable Strictly Necessary Cookies first so that we can save your preferences!